Which of the licenses you need depends mainly on the area in which you want to fly and how heavy the drone is. It may also be that it is not enough to "only" have both licenses. For some flight missions you also need a so-called operating license or the operation may even be completely prohibited. A decision tree is provided here by the Luftfahrtbundesamt: 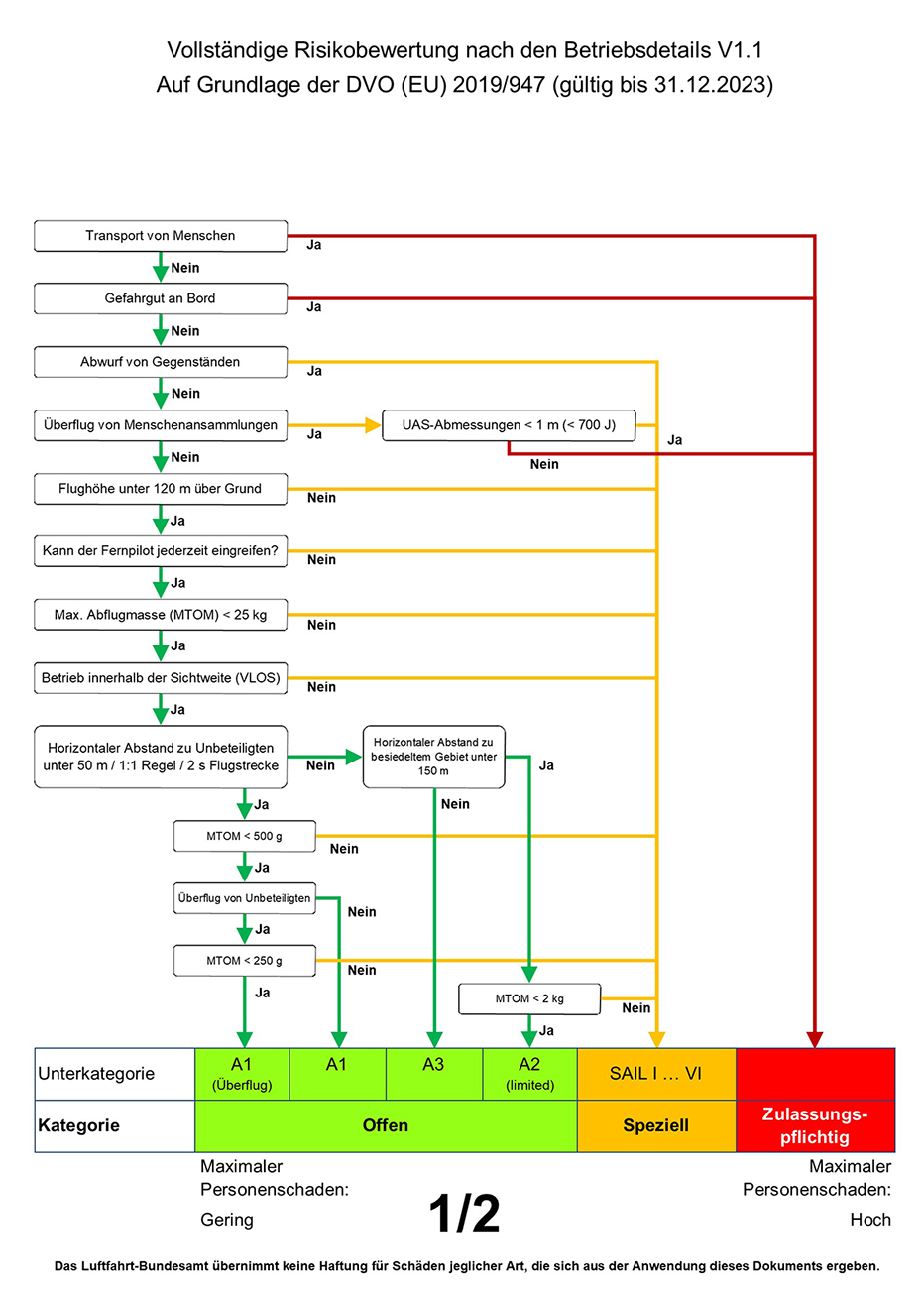 For example, if I want to fly a drone at a distance of less than than 150m horizontal distance from populated area, this is possible, with conditions, with a drone under 2 kilograms in the A2 category. However, if the drone weighs more than 2 kilograms, we are in the we are in the special category.

In the Special Category, it is no longer enough to simply simply to fly. If missions are to be flown missions that fall under one of the standard scenarios published by the published by the German Federal Aviation Authority, you only have to to this scenario. However, if my flight is not covered by such a scenario, I have to apply for an operating license.

This would affect, for example, pilots who use larger drones to inspect photovoltaic systems on rooftops, or surveyors who want to measure construction sites in built-up areas.

Such an operating license requires an operating concept and a risk assessment. In order to cope with this complex topic we cooperate with partners in Germany and Austria who help you prepare these permits.

Feel free to ask us about it at any time. We will arrange a free initial consultation with one of our partners for you!